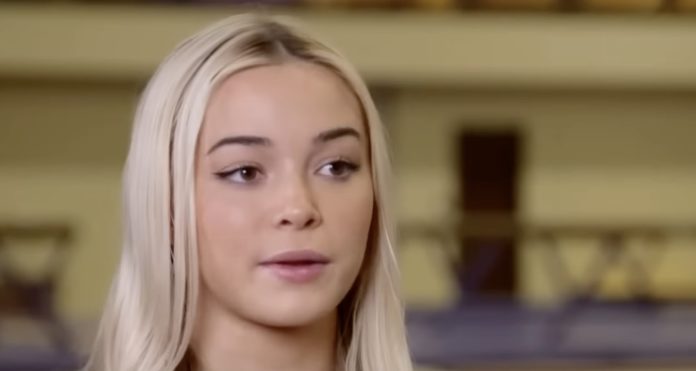 During an interview on “The Today Show,” LSU gymnast Olivia Dunne defended her media platforms.

She said, “As a woman, you’re not responsible for how a man looks at you and objectifies you. That’s not a woman’s responsibility.”

Dunne has about 10 million followers on Instagram, Tik Tok, and Twitter. Due to her followers, she has several Name, Image, and Likeness (NIL) deals. She has reportedly earned over one million in revenue from the deals.

She said, “I am very grateful to be making seven figures. It is very cool that someone in college has the opportunity to do that now.”

The content of Dunne’s posting has been criticized by followers.

Stanford women’s basketball Coach Tara VanDerveer that she sees the trend as a “step back” for female athletes.

LSU Head Coach Jay Clark said, “If expression and self-expression is something that we value as a right in this country, then we have to be consistent when it doesn’t necessarily fit out what our own agenda might be. I don’t think it sets things back.”

Dunne said, “So in the past, I have had some of my supporters come out to the meets and watch and cheer for LSU, but that was insane. It really was.”

She added, “They gave us some new rules, for us athletes, just to keep us safe. Not to go into the stands after meets, and we have a new security person that travels with us.”

Coach Clark said the university had already been discussing an increase in security.

“I think it creates a false sense of accessibility and familiarity that followers feel as though they know there’s a personal sort of connection.”