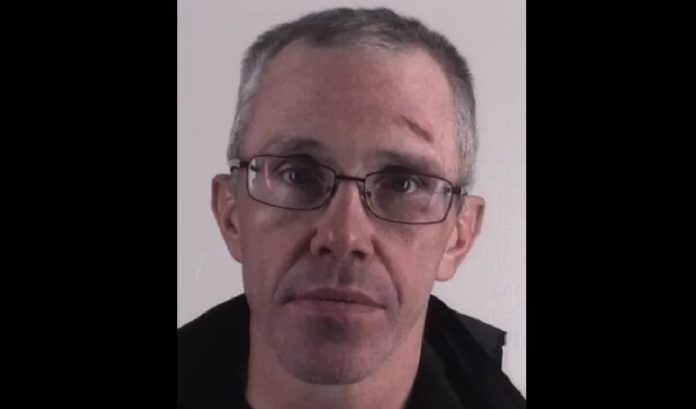 A Texas man was arrested and charged with improper photography and aggravated assault with a deadly weapon.

45-year-old Douglas Egan allegedly took pictures of women underneath a stall in a mall bathroom.

🚨 POLL: Are Democrats too lenient on crime?
YES 👍 or NO 👎

He reportedly dressed as a woman and brandished a pepper ball gun when confronted.

Around 4:30 p.m., a woman called police after she noticed a cellphone underneath the stall in the bathroom.

She was visiting the Hulen Mall in Fort Worth, Texas.

The woman confronted the suspect who was identified as “a male that was dressed to look like a female.” Egan is already a registered sex offender who is considered “high risk.”

He was incarcerated for seven years for his offense involving the teen girl, and 60 days and 120 days for the two other offenses, the Daily Wire reported.

A male attempted to intervene and stop the suspect from leaving the premises. The suspect allegedly reached into his backpack and pulled out what looked like a handgun and pointed it at the male. Police later ascertained that the weapon was a pepper ball gun.

Some witnesses said they saw the suspect change out of the women’s clothes he was wearing and into men’s clothes after he left the mall.

“The suspect then left the mall, but was being observed by several witnesses,” officers said. “These witnesses saw the suspect changing his clothes and also observed what appeared to be a handgun in the back waistband of the suspect’s pants.”

Police were called and arrested Egan at a nearby apartment complex.

He is currently being held on a combined $30,000 bond at the Lon Evans Corrections Center. He is scheduled to appear in court on January 3.

Egan is a previously convicted sex offender classified as “high risk”in the Texas Department of Public Safety, which means he is considered a danger to the community and expected to reoffend and commit more sex crimes in the future.