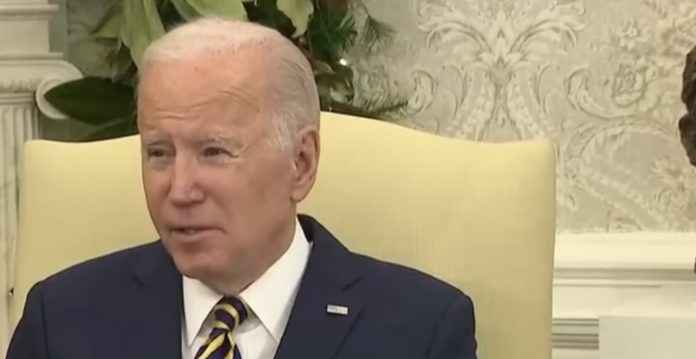 Both Democrats and Republicans are harshly criticizing President Biden over his mishandling of classified documents from the Obama years.

Since the two parties agree, this is bringing about speculation about whether or not impeachment is in the future.

Reports state that almost two-thirds of Americans and a large percentage of Democrats support a congressional investigation into Biden’s mishandling of classified documents.

One poll found that 64 percent of U.S. adults and 52 percent of Democrats are in favor of lawmakers “investigating the classified documents found at Biden’s home and post-vice-presidential office.”

Only 16 percent of Americans and 27 percent of Democrats opposed Congress probing Biden over the documents.

A poll of 1,538 adults was conducted through online interviews from January 12 to 16, and the margin of error was 2.7 percent. Sen. Tim Kaine of Virginia said, “This news raises serious questions, and the appointment of an unbiased special prosecutor to investigate the matter is the right step.”

Democratic California Rep. Katie Porter said that lawmakers “definitely wanted to get answers from the White House” in regard to the alleged documents.

“Classified documents belong in classified settings, and I think you heard me say that oversight is not a partisan thing. Good oversight means you’re willing to hold any rule breaker to account.”

“We should be asking for answers in a respectful way, and we should expect to get honest ones.”

Manchin said, “These allegations should be investigated fully.”

When asked about a possible impeachment for Biden, 68 percent of Republicans were in favor versus 69 percent of Democrats who were opposed.