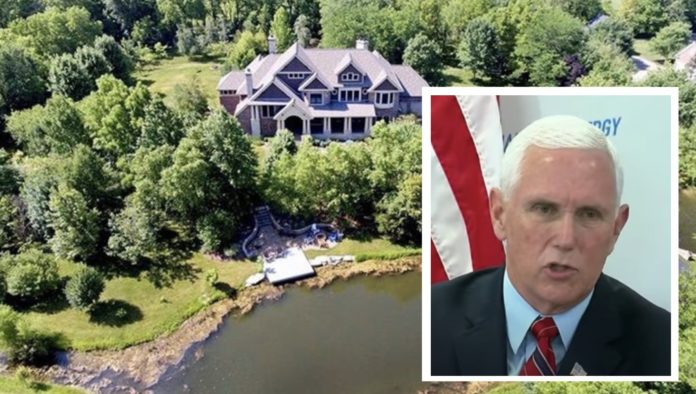 Former Vice President Mike Pence has repeatedly said he did not have any classified documents in his possession. This turned out to be false.

Pence recently discovered roughly a dozen documents marked as classified. They were stashed at Pence’s Indiana.

Pence has turned the records over to the FBI. An investigation is underway into the documents and how they ended up in Pence’s house in Indiana.

There are still many questions about what the documents are related to or their level of sensitivity or classification.

A search was conducted at his home. His attorney, Matt Morgan, began going through four boxes stored at Pence’s house.

During an interview with ABC News last year, Pence was asked whether he had taken any classified documents from the White House.

“Well, there’d be no reason to have classified documents, particularly if they were in an unprotected area,” Pence continued.

“But I will tell you that I believe there had to be many better ways to resolve that issue than executing a search warrant at the personal residence of a former president of the United States.”

A lawyer for Pence told CNN that the FBI requested to pick up the documents with classified markings that evening, and Pence agreed. Agents from the FBI’s field office in Indianapolis picked up the documents from Pence’s home, the lawyer said.

On Monday, Pence’s legal team drove the boxes back to Washington, DC, and handed them over to the Archives to review the rest of the material for compliance with the Presidential Records Act.

In a letter to the National Archives obtained by CNN, Pence’s representative to the Archives Greg Jacob wrote that a “small number of documents bearing classified markings” were inadvertently boxed and transported to the vice president’s home.