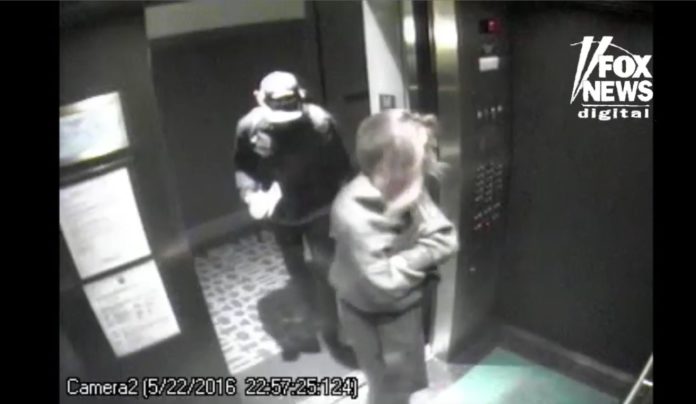 Jurors are taking a closer look at the behavior of Amber Heard while married to actor Johnny Depp. It is widely speculated that she purposefully defecated in a bed at Johnny Depp’s apartment.

Depp’s chauffeur says Heard admitted to him it was a “horrible prank gone wrong.” While testifying under oath in court, however, Heard blamed the infamous defecation incident on Johnny Depp’s teacup yorkie dog named Boo.

More recently, jurors have learned that elevator video footage caught Heard escorting fellow actor James Franco into Johnny Depp’s penthouse apartment while he was out of town. This occurred just one day before she filed for divorce.

Depp accuses Heard and Franco of having an affair during their marriage, but they have denied the allegation. In the footage, both actors have their backs to the camera and their heads bowed in the footage. At one point in the video, Franco affectionately rested his head on her neck. Watch the clip:

Just one day prior, Heard alleges that Depp hit her in the face with a cellphone.

Attorney Camille Vasquez asked why Heard would invite Franco to the apartment if Depp was so violent and jealous as she describes.

“I didn’t know his schedule,” she replied.

Vasquez argued that Heard knew Depp was out of town and that she wasn’t in any imminent danger.

“I’m not sure what I understood of his schedule at that time,” Heard responded.