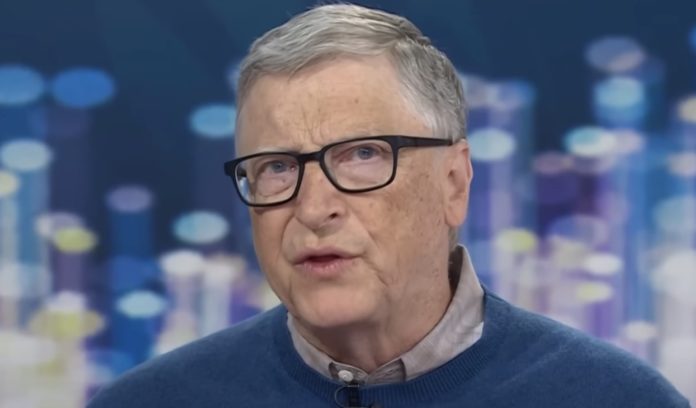 Speaking about the pandemic, Gates recently said, “We didn’t understand that it’s a fairly low fatality rate, and that it’s a disease mainly of the elderly, kind of like the flu, although it’s a bit different than that.”

Many Americans are saying this is a blatant lie as it was widely believed COVID mostly impacts the elderly with a low fatality rate, which is “kind of like the flu,” as Gates now admits.

“It wasn’t until early February, when I was in a meeting, that experts of the foundation, said ‘there’s no way’” that COVID-19 could have been contained,” Gates said.

“That was a pretty scary period, where the world didn’t go on alert, including the United States, nearly as fast as it needed to,” he said.

Gates said, “Once Omicron comes along, the vaccine is not reducing transmission, hardly at all, particularly about three or four months after you take the vaccine.”

According to the Daily Caller, “FDA Commissioner Robert Califf, Principal Deputy Commissioner Janet Woodcock and the agency’s top vaccine official, Dr. Peter Marks, wrote that COVID-19 will be in circulation for the foreseeable future and must be accepted as another common virus in the Journal of the American Medical Association.”

“Like with influenza, this new reality will likely require annual COVID-19 shots to be tailored around the most threatening strains of the virus, the officials wrote.”

“Widespread vaccine- and infection-induced immunity, combined with the availability of effective therapeutics, could blunt the effects of future outbreaks. Nonetheless, it is time to accept that the presence of SARS-CoV-2, the virus that causes COVID-19, is the new normal,” the officials wrote.

“It will likely circulate globally for the foreseeable future, taking its place alongside other common respiratory viruses such as influenza. And it likely will require similar annual consideration for vaccine composition updates in consultation with the [FDA].”