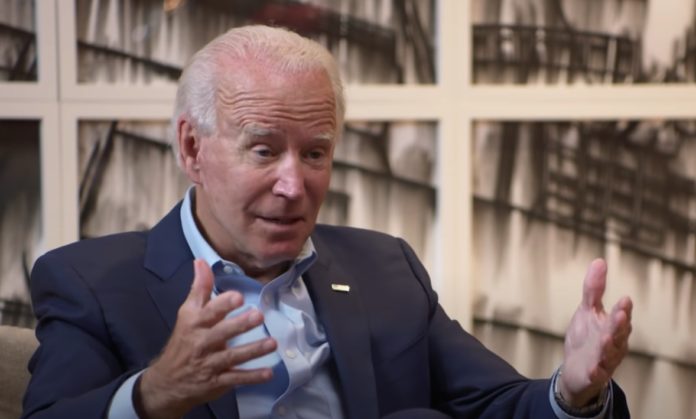 Another horrible idea from Joe Biden and the Democrats is to cancel thousands of dollars in student loans.

The majority of Americans oppose canceling student loans, according to polls. Biden is expected to announce a loan forgiveness program that forces American taxpayers to foot the bill for a nearly $300 billion deal.

Undoubtedly, many young Americans are earning less than $125,000 per year and can still pay their student loans. This is expected to mostly help wealthy individuals who were eligible to receive college loans.

Higher-income households hold greater student debt and owe more on average compared to middle or lower-income families. Both the Cato Institute as well as the University of Pennsylvania’s Wharton School have analyzed the data.

Cato Institute education policy analyst Colleen Hroncich said, “People in higher income households are more likely to have student debt and they owe more on average. So, most cancellation plans would benefit the wealthy more than middle-or lower-income families.”

“Postsecondary education typically results in much higher lifetime earnings — $1.2 million for a bachelor’s degree and $3.1 million for a professional degree like law or medicine,” Hroncich aded.

“When government gives people money to attend college, there will be more demand for college. And when more workers have college degrees, employers start looking for workers with degrees even for positions that historically did not require one.”

White House officials are weighing a move to cancel $10,000 of student debt per borrower earning under $125,000, according to a report from CNN, though some Democratic lawmakers have supported canceling up to $50,000 per borrower. The final decision, which is slated to be made public on Wednesday, occurs as the White House also considers whether to extend the present pause on federal student loan payments, which is currently poised to expire on August 31.

Nixing $10,000 of student loans per borrower would cost $298 billion in 2022 and a total of $329 billion by 2031 if the policy is renewed each year, according to the nonpartisan Wharton analysis. Less than 32% of the funding would benefit Americans in the two lowest income quintiles, while 42% would benefit those earning more than $82,400 per year…

Indeed, a report from the Brookings Institution explained that one-third of student debt is owed by the wealthiest 20% of households, while only 8% is owned by the bottom 20% — partly because more degrees are often necessary for the highest-paying professions.

The Wharton analysts said that a permanent loan cancellation announcement could prompt students to “eventually reorganize their financing toward additional borrowing.” Although the policy could also increase access among students who would not otherwise be able to afford higher-level degrees, universities themselves could capture the value “in the form of higher prices” as they raise tuition.

A new survey from CNBC shows that 59% of Americans are concerned that student debt cancellation “will make inflation worse.” Nixing student debt is particularly popular among the young — while 30% of overall respondents said that no cancellations should occur, only 19% of adults between 18 and 34 years old maintain such a position.