It’s been revealed that an informant operating inside President Donald Trump’s inner circle told the FBI what documents Trump was holding and where they were in his home.

The Mar-a-Lago raid was based “largely on information from an FBI confidential human source.” This was confirmed by two senior government officials in a bombshell report from Newsweek.

The two senior government officials have “direct knowledge of the FBI’s deliberations and were granted anonymity in order to discuss sensitive matters.”

The FBI’s source inside Trump’s camp has not been identified.

Moreover, the FBI was hoping to keep the raid low-profile by carrying it out while Trump was away with his family in New York. This was meant to avoid a “media circus” and prevent the ability to photograph or videotape the raid.

“What a spectacular backfire,” one of the Justice officials told Newsweek. This attempt to operate in the dark of the night failed.

The whole incident was caught on security camera footage, which Trump says will be released “at the right time.” Trump’s attorney confirmed that the raid was watched in its entirely through the cameras while Trump was still in New York. 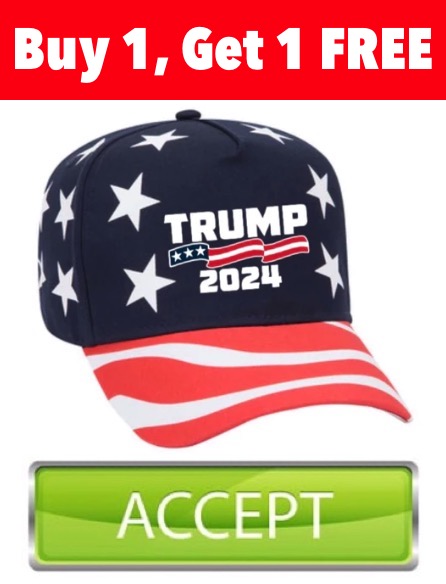 Former President Donald Trump ripped into President Joe Biden for claiming that the White House had no advance notice about the FBI raid at Mar-a-Lago. https://t.co/8O9bSm0LM9 pic.twitter.com/HWds8I8IWz

“I know that there is much speculation out there that this is political persecution, but it is really the best and the worst of the bureaucracy in action,” the official says. “They wanted to punctuate the fact that this was a routine law enforcement action, stripped of any political overtones, and yet [they] got exactly the opposite.”

“They were seeking to avoid any media circus,” the source said. “So even though everything made sense bureaucratically and the FBI feared that the documents might be destroyed, they also created the very firestorm they sought to avoid, in ignoring the fallout.”

More on this story via Newsweek:

On Monday at about 9 a.m. EDT, two dozen FBI agents and technicians showed up at Donald Trump’s Florida home to execute a search warrant to obtain any government-owned documents that might be in the possession of Trump but are required to be delivered to the Archives under the provisions of the 1978 Presidential Records Act. (In response to the Hillary Clinton email scandal, Trump himself signed a law in 2018 that made it a felony to remove and retain classified documents.)

The act establishes that presidential records are the property of the U.S. government and not a president’s private property. Put in place after Watergate to avoid the abuses of the Nixon administration, the law imposes strict penalties for failure to comply. “Whoever, having the custody of any such record, proceeding, map, book, document, paper, or other thing, willfully and unlawfully conceals, removes, mutilates, obliterates, falsifies, or destroys the same, shall be fined” $2,000, up to three years in prison or “shall forfeit his office and be disqualified from holding any office under the United States.”

The act, and concerns about the illegal possession of classified “national defense information” are the basis for the search warrant, according to the two sources. The raid had nothing to do with the January 6 investigation or any other alleged wrongdoing by the former president.

The road to the raid began a year-and-a-half ago, when in the transition from the Trump administration to that of President Joe Biden, there were immediate questions raised by the National Archives and Records Administration (NARA) as to whether the presidential records turned over to the federal agency for historical preservation were complete or not.

In February, Archivist David Ferriero testified before Congress that his agency began talking with Trump’s people right after they left office and that the Trump camp had already returned 15 boxes of documents to the Archives. Ferriero said that in those materials, the Archives discovered items “marked as classified national security information,” unleashing further inquiries as to whether Trump continued to possess classified material.