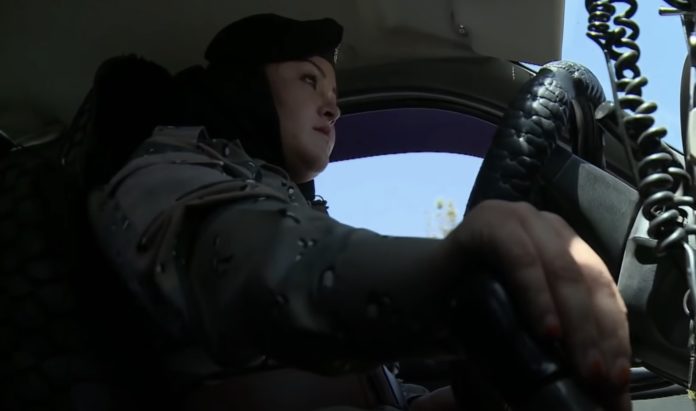 Undoubtedly, the Taliban displays the full depth of human depravity.

Taliban fighters have allegedly killed a pregnant police officer in front of her husband and children at her central Afghanistan home, according to new reports.

The woman’s face was “heavily disfigured” due to the attack, according to family members who spoke with BBC.

A pair of “blood-stained screwdrivers” were allegedly used to carry out the attack.

#Taliban terrorists have started executing female Police officers across #Afghanistan. Negar, a former Afghan Police officer was executed by Taliban in Firuzkouh, Ghour. They used screw driver to remove her brain in front of her family. She was pregnant when they killed her. pic.twitter.com/OeMgEAUjXL

The killing reportedly occurred Saturday after three gunmen intruded into the home, searched it and tied up family members.

And while details of the incident have not yet been confirmed, multiple reports attest that Negar was beaten and shot dead.

The Taliban, however, is denying involvement in Negar’s slaying, with Spokesman Zabiullah Mujaheed telling BBC that “We are aware of the incident and I am confirming that the Taliban have not killed her, our investigation is ongoing.”

Mujaheed also said that the Taliban had previously announced an amnesty for people who had worked for the prior Afghan government, and that Negar’s murder was being labeled as “personal enmity or something else”.

Family members said Negar had worked at a local prison and was eight months pregnant at the time of her death.

This comes as no surprise given the Taliban’s horrific reputation.

Joe Biden did the unthinkable by abandoning between 100 and 200 Americans in Afghanistan.

As the last American soldier left the region, those left behind were stranded under the rule of the Taliban.

“It’s clear the Taliban is now in charge,” reported CNN’s Clarissa Ward on the ground in Kabul, Afghanistan.

“Taliban fighters have flooded the capital. Smiling and victorious,” CNN’s Ward said. “They took this city of 6 million people in a matter of hours — barely firing a shot.”

“They’re gangsters. They burn people alive,” Kennedy says. “They hang them from trees. They throw gays off the rooftops.”

“They throw acid on little girls trying to walk to school,” Kennedy continued. “They are a radical extremist organization that is violent.”

“There’s not an element that I have seen, personally in 20 years, that is a characteristic that I can embrace as an American,” Kennedy concluded.