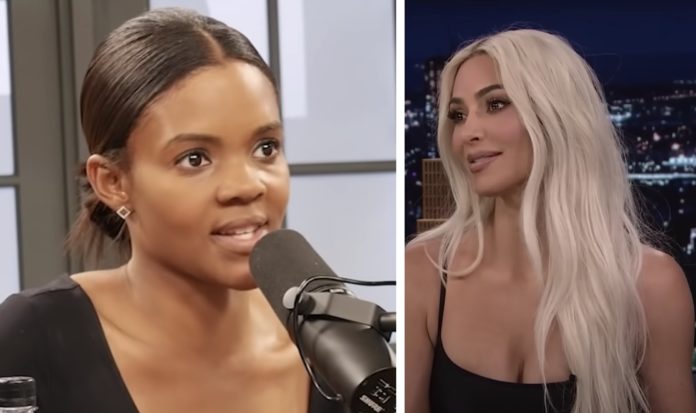 Kardashian’s mother, Kris Jenner, was allegedly involved with the release of the video. WATCH:

Conservative political commentator Candace Owens unloaded on the billion dollar family, calling Kim a “prostitute” and her mother a “pimp.”

“There are really no words that can adequately describe how positively disgusted I am by the story,” Owens said.

“A mother sat down and decided to sell her daughter’s body for fame and money, and she was successful,” Owens continued, and said that Jenner allegedly watched “various tapes of her daughter having sex with a boyfriend out of wedlock and then [said], ‘Let’s sell this tape, this is the best one, you look the best in this tape, this will make you the most famous.’”

“Not only is that disgusting, but then that her plan worked,” she continued. “Kim Kardashian is a billionaire today, and she is, by the way, still selling sex.”

“It is not an exaggeration to say that Hollywood is Satanic, because what could possibly be more Satanic than that?” Owens continued. “What could possibly represent a more incestuous, if you will, relationship than a mother viewing her daughter’s body having sex and selling it?”