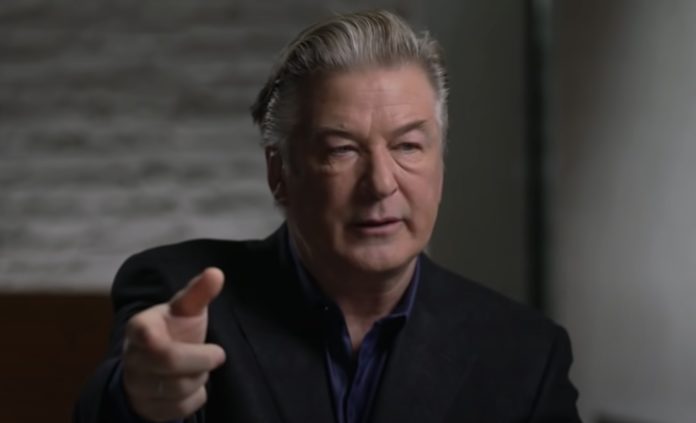 Critics are slamming Hollywood actor Alec Baldwin, 64, and his wife Hilaria, 38, over their decision to name their seventh child, Ilaria.

Hilaria is also accused of leaning into her Spanish heritage and even fibbing a Spanish accent despite being from Boston.

One person named Derek responded, “If hilaria baldwin can name her baby ilaria, then I will be having a child and naming them erek.”

“Ilaria, daughter of Hilaria, is a worse name than Malibu Barbie,” another person said.

“Alec and Hilaria Baldwin have named their seventh child Ilaria,” another person noted. “Which is kind of ilarious.”

“She is beyond narcissistic with this naming,” another person said. “It’s absolutely bonkers.”

Alec and Hilaria Baldwin welcomed their 7 child together. Well children are blessings from God. We are happy for and congratulate them. pic.twitter.com/hAvRxMwPaQ

A New Mexico official recently confirmed that Baldwin and three other individuals could face charges imminently over the fatal shooting of Halyna Hutchins. The charges could arrive “within weeks, if not days.” The district attorney’s office specified that Baldwin could be one of the possible defendants.

“This case could require up to four separate jury trials,” according to a report from CBS News.

“We are within weeks, if not days, of receiving the final report from the sheriff’s office,” first Judicial District Attorney Mary Carmack-Altwies reportedly said during a New Mexico Board of Finance meeting on Sept. 20th.

“It’s become apparent that we will be potentially charging between one and four people with criminal charges and each of those charges will probably include some variation of our homicide statute.”

The FBI released its forensic report which concluded that the gun used on the New Mexico movie set could not have been fired without the trigger being pulled.

This finding comes in stark contrast to statements made by Baldwin who claims he did not fire the weapon. “The trigger wasn’t pulled,” Baldwin said. “I didn’t pull the trigger.”

However, the FBI conducted an accidental discharge test and determined the gun used in the fatal shooting of cinematographer Halyna Hutchins “could not be made to fire without a pull of the trigger.”

Asked by @GStephanopoulos how a real bullet got on the "Rust" set, Alec Baldwin says: “I have no idea. Someone put a live bullet in a gun. A bullet that wasn’t even supposed to be on the property.”

Tests proved that the 45 Colt caliber F.lli Pietta single-action revolver’s hammer was in the quarter and half-cock positions. The gun would not fire without the trigger being pulled.

When the hammer was in the fully cocked position, the gun “could not be made to fire without a pull of the trigger while the working internal components were intact and functional,” according to the outlet…

Nearly 10 months since the fatal “Rust” shooting, which resulted in Hutchins’ death, the Santa Fe Sheriff’s Office has received the full forensic report from the FBI.

According to a press release, the Santa Fe Sheriffs’ detectives received the FBI’s completed forensic reports on Aug. 2. They were then forwarded to the New Mexico Office of the Medical Investigator (OMI) “for review.”

“The OMI had advised the Sheriff’s Office that they required these forensic reports to finalize their investigation,” the release reads. The sheriff’s office received the “official OMI reports” on Wednesday.