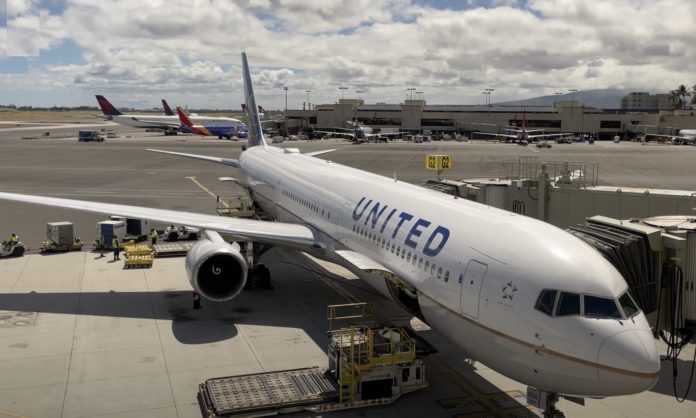 A U.S. district judge handed down a major victory for freedom-loving Americans.

Roughly 2,000 of United’s 67,000 U.S. employees requested an exemption on either religious or medical grounds.

Unfortunately, regardless of the reason for hesitancy, the vaccine is being forced on Americans and they risk losing their job.

The mandate has been effectively grounded pending a hearing.

The ruling came in the North District of Texas.

This is not a final ruling in the case, but it’s a step in the right direction.

Many Americans have feared losing their jobs over being forced to take the new drug via a shot in the arm.

“The court is not currently ruling on the merits of the parties’ arguments on these points,” Pittman ruled in his two-page order.

“Rather the court seeks simply to avoid the risk of irreparable harm to the parties and to maintain the status quo while the court holds an evidentiary hearing.”

The airline responded by telling those workers that their requests would cost them.

Workers seeking medical exemptions, if granted, would be put on medical leave, with the amount of salary they would get — if any — dependent upon their union contract.

Anyone getting a religious exemption would forfeit his or her pay and be placed on leave under United’s policy. These employees would retain seniority if they ever wanted to come back to the airline.

Six employees filed a lawsuit last month. United initially said it was willing to halt their leaves as the case played out, but now the judge has underscored that it must do so.

United said 232 employees face being fired for not getting vaccinated, according to CNN.

Mark Paoletta, the attorney for the employees fighting United in the court case, said the ruling was an important step.

“United Airlines’ refusal to provide reasonable accommodations to its vaccine mandate violates the federal civil rights protections of our clients, the hard working men and women at United,” Paoletta said.

“We look forward to our clients’ rights be permanently protected.”

The crux of the legal argument used by the employees was summarized by LaKeisha Caton, an attorney with Pryor Cashman, according to Yahoo News.

“You can have a mandatory vaccination policy; however, employees may be entitled to a reasonable accommodation based on either a sincerely held religious belief and or a disability, if it doesn’t cause an undue burden on the employer,” she said.