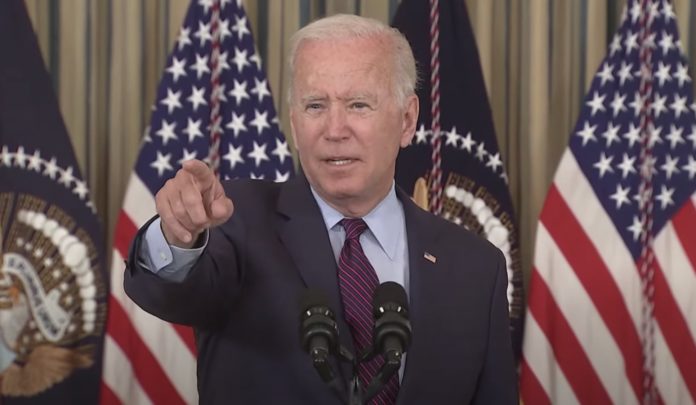 The crisis at the southern border continues to spiral under Joe Biden.

Leaked documents show the situation is even worse than previously thought.

The Biden administration has been “releasing enormous numbers of migrants into the U.S.,” Fox News confirms.

At least 160,000 illegal immigrants have been released into the U.S., the report adds.

This was done with little to no supervision by the Biden administration.

These illegal aliens have virtually no oversight, supervision, or immediate risk of deportation.

It’s been happening since March, the report adds.

Biden has used a broad use of limited parole authorities to make more than 30,000 eligible for work permits since August.

NEW/THREAD: According to Border Patrol documents provided by a source, the federal gov has released over 70,000 illegal immigrants into the U.S. since August 6, including 31,977 released via parole (temp legal status, eligible for work permits).
94,570 released via NTR since 3/20 pic.twitter.com/ag5OMsYw27

Since March 20, at least 94,570 illegal immigrants have been released into the U.S. with Notices to Report. Those who receive such a notice are only required to check in with an ICE office when they get to their final destination – which could be anywhere across the country. Those who check in are not deported or detained as their immigration proceedings move forward.

Meanwhile, since Aug 6th, the administration has released roughly 32,000 immigrants into the U.S. via parole – which gives migrants a form of legal status and the ability to apply for work permits.

Federal law says parole authority is to be used on a case-by-case basis for “urgent humanitarian purposes” and “significant public benefit.” Typically only a handful of parole cases are granted by officials, but the Biden administration has been using it more broadly, including in its parole of tens of thousands of Afghans into the United States as part of Operation Allies Welcome.

Former Border Patrol Chief Rodney Scott, who served under President Biden, reviewed the documents and told Fox News that he believes the administration is abusing its parole authority.

“By law and regulation a parole shall only be granted on a case by case basis and only for significant humanitarian reasons or significant public benefit. Neither of these appear to apply to the current situation,” he said, adding that the number of paroles brings into question the review and approval process.

“As a field chief, I don’t believe I ever approved more than 5 or 10 paroles in a year,” he said. “When I did, I ensured that the alien was monitored continuously and was detained or removed as soon as the circumstances allowed.”