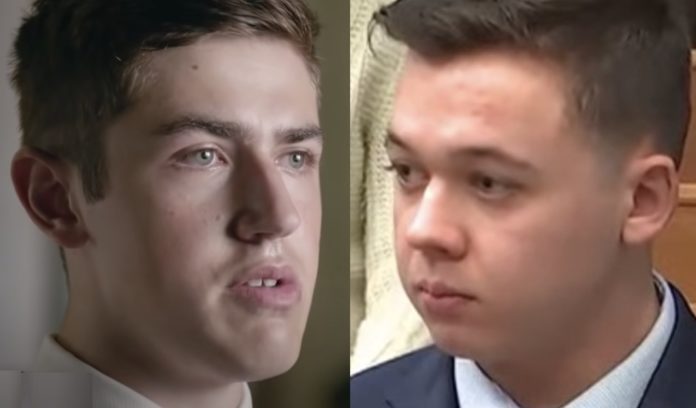 If you remember, Covington Catholic student Nicholas Sandmann settled a $250 million lawsuit with CNN after accusing the media of deliberate and willful lies.

Now Sandmann is voicing support for 18-year-old Kyle Rittenhouse, who some argue is having a similar experience with the media.

Rittenhouse has been falsely portrayed by some media outlets as a racist white supremacist despite having no evidence that the teenager holds these views.

“Attacks on Kyle came from the national news media, just as they came for me,” Sandmann said.

The media “came quickly, without hesitation, because Kyle was an easy target that they could paint in the way they wanted to,” he continued.

“At this time I would like to use my platform to let Kyle know that I am here for you and if you ever would like to reach out to me, I am about the only person our age to have an idea of how the media is treating you,” Sandmann said.

“The way the media has treated you is terrible, and you don’t have to face it alone.”

Sandmann continued, “From my own experience, the death threats, feeling of no future ahead, and that millions of people hate you, is enough to alter you in many concrete ways and permanently.”

“Make no mistake: even the strongest of people cannot resist the mental impact when the media war machine targets you.”

“This is the problem with liberal media outlets in the United States. They want to get the story first, get the most views, make the most money, and advance the agenda from liberal patrons.”

“These outlets cover themselves when they are wrong with small footnotes at the ends of long articles, clarifying that new information has come out and that they have updated their coverage.”

Kyle Rittenhouse’s mother has criticized Joe Biden for “defaming” her son using white supremacist rhetoric. “When I saw that I was shocked, I was angry,” Wendy Rittenhouse began.

“President Biden don’t know my son whatsoever, and he’s not a White supremacist,” she continued. “He’s not a racist. And [Biden] did that for the votes.”

“He should be acquitted,” Dershowitz said. And then he should due media organizations for smearing him, Dershowitz added.

Dershowitz’s comments came during an appearance on Newsmax. Rittenhouse is currently on trial for killing two men and wounding a third while protecting a business during the left-wing riots that rocked Wisconsin for three nights last year.

“If I were a juror, I would vote that there was reasonable doubt that he did act in self-defense, and then he’ll bring lawsuits and that’s the way to answer.”

“I’ve sued CNN, the Covington people have sued CNN. You know, the idea is to make the media accountable for deliberate and willful lies, and that is consistent with the First Amendment,” he continued.

Businesses were destroyed by career criminals as law enforcement is accused of failing to protect people’s property. 17-year-old Rittenhouse arrived to assist a local business owner in defending his car dealership that suffered $1.5 million in damages.

Rittenhouse, who says he was defending himself from violent protesters, has been charged with one count of first-degree intentional homicide as well as other charges in the aftermath of the riots.