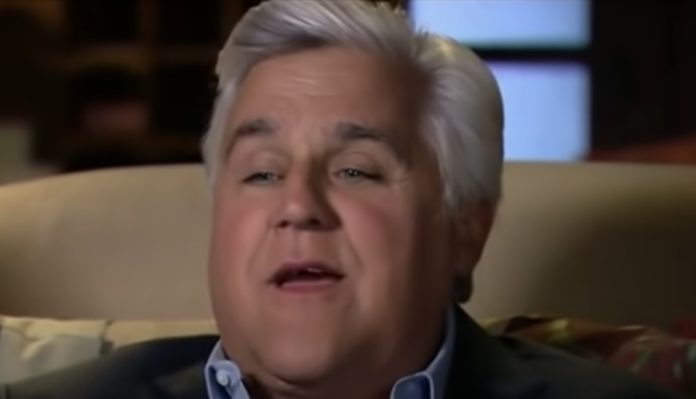 Legendary comedian Jay Leno was hospitalized with serious injuries after an explosion in his garage.

72-year-old Leno was in his garage in Los Angeles when “one of the cars erupted into flames without warning.”

Jay Leno is reportedly in a burn center after suffering a serious injury to his face.

“I got some serious burns from a gasoline fire,” Leno said. “I am ok. Just need a week or two to get back on my feet.”

Leno will not appear at the upcoming Financial Brand Forum in Las Vegas.

Jay Leno hospitalized. Freak car fire left him “serious” facial burns. His vehicle burst into flames. His family was not able to provide many details, but it's a serious emergency preventing Jay from traveling, we do know he is alive & my prayers go out to him & his family. pic.twitter.com/BnRO4V7WkF

“His family was not able to provide us very many details, but there was a very serious medical emergency that is preventing Jay from traveling,” an email to attendees stated.

“All we know is that he is alive, so our prayers go out to him and his family tonight.”

There is a good chance that this is the last photo of Jay Leno taken before he suffered disfiguring burns to his face https://t.co/NzWomdpdIR pic.twitter.com/czCzhp42b7

Leno is widely known to be a serious car enthusiast as he owns more than 180 mostly high-end cars and 160 motorcycles in his massive car collection.

He also boasts nearly 3.5 million followers on his YouTube channel Jay Leno’s Garage where he reviews the hottest cars on the market and he sells car care products.

The last tweet from Leno appeared on his Jay Leno’s Garage Twitter account and featured a photo of him in his garage standing in front of a couple of Lamborghinis that he owns. “Best caption wins, go!” Leno tweeted.