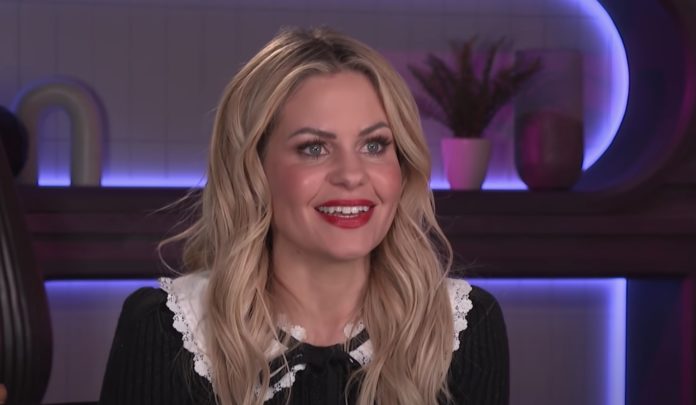 Actress Candace Cameron Bure has left The Hallmark Channel and joined a new network with “more meaning and purpose and depth.”

Bure appeared in Hallmark films for more than a dozen years and 30 movies, especially in Christmas-themed movies.

🚨 POLL: Are liberals destroying The Hallmark Channel?
YES 👍 or NO 👎

Audiences say the Hallmark Channel has taken a noticeable turn to the hard left amid the influence of “woke” liberals in the film industry.

Candace Cameron Bure has left the Hallmark Channel because it depicts LGBTQ romances which Candace says aren't "Christian." Her next movies, on an evangelical channel, will include Eva&Adolf – Christmas In Berlin, A Caucasians-Only Klan Christmas, and A Militia Called Love pic.twitter.com/YSlgUrUq6E

Bure says Hallmark has become “a completely different network” than it had been a decade earlier. She said the problem is due to a “change of leadership.”

From Hallmark, Bure, 46, moved to a new network founded by Bill Abbott, the former president and CEO of Crown Media, the parent company of Hallmark. According to Bure, this new network, Great American Family (formerly named Great American Country), will compete with Hallmark for audiences looking for more traditional, family-oriented content.

“GAC fits my brand perfectly,” Bure stated at the time. “We share a vision of creating compelling, wholesome content for an audience who wants to watch programming for and with the whole family. Great, quality entertainment with a positive message is what my partnership with GAC is all about.”

“My heart wants to tell stories that have more meaning and purpose and depth behind them,” Bure added.

Now with the holidays fast approaching and a “Great American Christmas” series set to rival Hallmark’s annual “Countdown to Christmas” programming, Bure has hinted that, unlike Hallmark, GAF will present basic Christian teaching, including marriage as a covenant between one man and one woman.