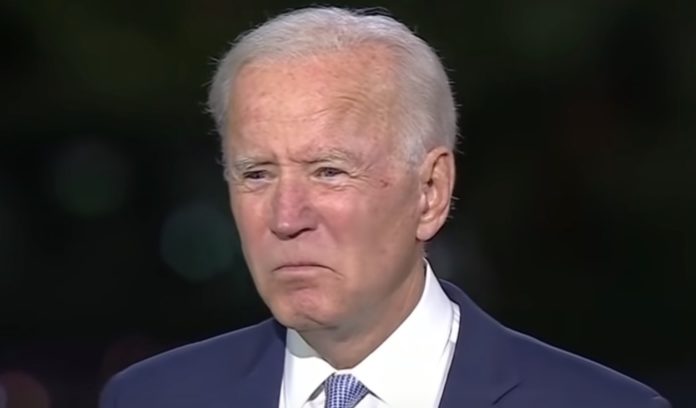 The response came while Trump was in the middle of his speech announcing he would run for the presidency in 2024.

Biden also posted a campaign-style attack ad against Trump that claimed he only helped the rich, hurt women’s rights, and incited a violent mobl.

These attacks against Trump are obviously false. The video ends with the words, “Trump failed America.”

“Two years ago, we were a great nation and soon we will be a great nation again,” Trump said. “The decline of America is being forced upon us by Biden and the radical left lunatics running our government right into the ground.”

“This decline is not a fate we must accept when given the choice,” Trump added.

Trump also announced his support for the death penalty for drug dealers, abolishment of critical race theory in schools, ending all COVID-19 mandates, and placing an American flag on Mars.

“In order to make America great and glorious again,” Trump said. “I am tonight announcing my candidacy for president of the United States.”

“But just as I promised in 2016, I am your voice,” he continued. “I am your voice. The Washington establishment wants to silence us, but we will not let them do that. What we have built together over the past six years is the greatest movement in history because it is not about politics.”

“It’s about our love for this great country, America, and we’re not going to let it fail,” said Trump.

For voting laws, Trump vows to push for the requirement of voter IDs, same-day voting, and only paper ballots. For border security, Trump proposes adding more wall to the southern border.

“We built the wall and now we will add to it. Now, we built the wall. We completed the wall, and then we said let’s do more. We did a lot more. As we were doing it, we had an election that came up,” he said. “When they came in, they had three more weeks to complete the additions to the wall, which would’ve been great. But they said ‘No, we’re not going to do that.”