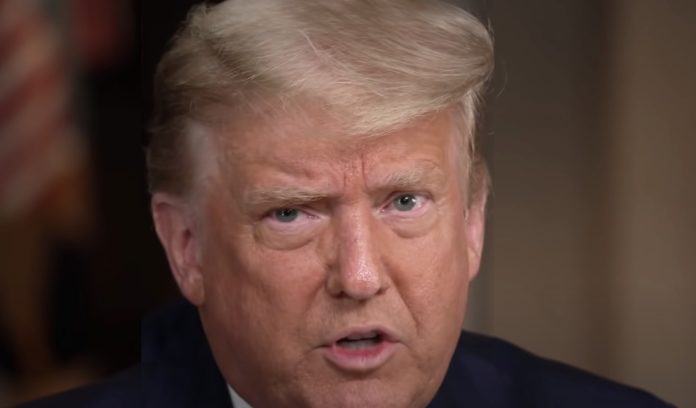 The Supreme Court is allowing Congress to continue its political witch hunt by looking at President Donald Trump’s tax returns.

Trump has fought back against this unprecedented move. Trump understandably wants to keep his tax returns sealed against the Democrats’ politically motivated attacks.

🚨 POLL: Are Democrats destroying America?
YES 👍 or NO 👎

In response, Trump slams Joe Biden by suggesting he hasn’t paid taxes on money he made from Hunter’s corrupt overseas business deals.

“Why would anybody be surprised that the Supreme Court has ruled against me, they always do!” Trump said.

“It is unprecedented to be handing over Tax Returns, & it creates terrible precedent for future Presidents,” he continued.

“Has Joe Biden paid taxes on all of the money he made illegally from Hunter & beyond. The Supreme Court has lost its honor, prestige, and standing, & has become nothing more than a political body, with our Country paying the price.”

“They refused to even look at the Election Hoax of 2020. Shame on them!” Trump concluded.

Clearly Trump is unhappy with the decision and I can’t blame him. It really does set a terrible precedent and the ruling never should have come down from any court.

It should always should be up to the candidate to turn over their taxes and if the American people disapprove, then they can exercise that disapproval at the ballot box.

But as I suggested yesterday, Trump’s taxes will be leaked to the media by Democrats on the committee and used against him during his campaign for president. Nobody truly cares if Trump paid all of his taxes or not, Democrats just want something else to try and destroy him with and now they’ll have it.